Here are Just Some of Attorney Kessler's Results...

The case was resolved prior to having to institute a lawsuit.

Injury: 4 herniated discs in his neck, one in his mid-back and two in his lower back.

The Plaintiff, a 44 year old children's swim instructor at "Children Of the Sound" in Norwalk, Connecticut, was stopped at a light on the Post Road when his car was hit from behind. He was taken immediately to the emergency room. Over the next six months, MRI testing revealed four herniated discs in his neck, one in his mid back and one in his low back.

Attorneys for the defendants hired a neurosurgeon to review his medical records and claimed that his injuries were pre-exiting, his low back and middle back injuries were not permanent, and cervical surgery costs were excessive.

when physical therapy and chiropractic care did not help, he underwent pain management injections and was eventually recommended to have neck surgery in March of 2017. unfortunately, He had to cancel his neck surgery due to lack of funds after his New York No-Fault benefits were cut off, and and considering his surgeon did not accept his health insurance.

The case was resolved three years from the date of accident, and several months before trial.

Automobile and Pedestrian Accident- Case settled prior to litigation

The Plaintiff, a 72 year old woman, was walking in a supermarket parking lot when she was hit by a car. She went immediately to the emergency room.

Doctors in the hospital determined that surgery was not considered at the time due to her age. While in the emergency room, she developed tightness in her chest and was thereafter was admitted for cardiac evaluation over three days. She was cleared and released.

Injury: Bucket Handle tear of the medial meniscus of the knee requiring a surgical meniscectomy; and aggravation of pre-existing tear of the anterior cruciate ligament

The plaintiff, a soda fountain mechanic, was moving a soda vending machine with a hand truck in a parking lot adjacent to private apartments owned by the defendant. The plaintiff testified at trial that while walking backwards pulling a hand truck, he stepped into a pothole. Plaintiff ‘s coworker and supervisor testified that the plaintiff was using the proper method of moving the machinery with the hand truck at trial. The defendant claimed initially that the accident did not occur, or in the alternative, that the plaintiff’s injuries were pre-existing. Defendants offered $25,000.00 dollars. The jury awarded the plaintiff $373,303.00 dollars for his injuries, pain and suffering and future pain and suffering; and awarded plaintiff’s wife $60,000.00 dollars in past and future loss of consortium. The damages were upheld on appeal.

Injury: And a non-displaced fracture of the wrist; with a partial tear of a dorsal ligament of the left wrist requiring arthroscopic Surgery; and an Osteochondral injury to the left foot.

The plaintiff was riding his motorcycle when the defendant driver made an illegal left turn in front of him, and hit his bike causing him to fall off onto the roadway. His orthopedist had given him a 5% permanency rating to his left foot and his surgeon had given him a post operative 8% permanency rating of his wrist. The plaintiff testified that he still had some residual pain while skiing, cycling and playing the guitar. An offer of $85,000.00 dollars was made prior to arbitration.  The case settled during the arbitration for $250,000.00 dollars.

Plaintiff was laborer of a sub contractor at a construction site of a commercial building, when he was caused to fall from scaffolding since he was not provided proper safety lines or safety belts while working at a height as per OSHA requirements.

Result: Case settled for the total amount of insurance limits available of $50,000.00 dollars

The plaintiff was involved in a car accident while a student at Norwalk Community College right before the end of the year. Along with her neck and back injuries, she needed wrist surgery, and was left with a permanency rating of 8% of her wrist.  She testified at her deposition that due to the severe pain she had in her wrist, neck and back prior to surgery, she was unable to concentrate, and had to retake one of her college courses the following semester. The defendants met plaintiff’s demand of $239,500.00 dollars, and the case settled before jury selection.

The plaintiff was a retired construction worker and was hit in the rear by a driver causing him severe neck and back pain. He underwent two surgical discectomies after conservative measures and pain management did not help. The Case settled during litigation for the maximum amount of available insurance of $250,000.00 dollars ($100,000.000 dollars from the defendant driver’s and $150,000.00 dollars from plaintiff’s underinsured motorist coverage) The defendant owned no other significant assets.

Injury: fractured ulna of the right arm requiring casting with no permanency rating.

Result: Case settled during the liability portion of the trial for $52,500.00 dollars.

The plaintiff was walking in a private courtyard when he tripped and fell when he stepped into a pothole in the pavement. He was required to wear a cast for six weeks and had no permanency rating. $25,000.00 dollars was offered before trial and the demand was $55,000.00 dollars. Fortunately, all of the medical bills were covered by insurance.

Automobile and Pedestrian Accident- Case settled prior to litigation

The Plaintiff was walking in her neighborhood at night in the winter after a severe snowstorm had left large piles of plowed snow along a local street. She decided to cross the street in the middle of the block where a path had been worn down in the snow. She was hit by the defendant driver and was taken by ambulance to the hospital. Even though the investigating officer on the police report noted her contribution, the case settled for $150,000.00 dollars, taking into account the driver’s responsibility to yield to pedestrians.

Injury: Torn medial meniscus of the knee with arthroscopic surgery

Result: Case settled for $198,000.00 dollars while the jury was deliberating

The plaintiff was a patron in a restaurant and while exiting through the front door onto the sidewalk, when he slipped and fell on wet stairs, where the lighting was not sufficient, tearing his medial meniscus of his knee requiring surgery. The defendant restaurant claimed that the patrons had tracked water onto the stairs, and they had no notice. Accident reconstruction expert determined that the lighting was inadequate and that the restaurant was at fault.

Injury: The plaintiff went in for a routine knee replacement surgery and went into cardiac arrest and died during the operation.

Result: confidential settlement per agreement amongst the parties’ attorneys

The Plaintiff had pre-operative screening prior to his surgery, and plaintiff’s expert would have testified that the defendant surgeon, hospital and anesthesiologist should’ve know that the plaintiff not only was the high-risk patient, but their failure to monitor plaintiff during surgery also deviated from standard medical practices and procedures.

Trade Show Accident while at work- Case settled during trial

The plaintiff was a 25-year-old fit model who was setting up for a fashion trade show and was asked by her supervisor to roll a clothing rack from the back of a truck to the trade show floor. Part of the hanging grid came off of the rack, Cutting her bottom lip, which required suturing by a plastic surgeon, and left her with a one-inch scar.  The defendant premise owner set up the rack and the rack company did not provide adequate instructions to set the racks up. Defendant owners paid $90,000.00 dollars, and the rack company defendant, who took a no pay position before trial, came up with the remaining $60,000.00 dollars to meet plaintiff’s demand of $150,000.00 dollars.

Injury: large chemical burn and scaring on lower back from improper use of Betadine solution that pooled under her back during the surgery.

The plaintiff went in for abdominal surgery and sustained a large burn and scaring from improper use of Betadine solution that pooled under her back during the surgery. The case settled after nurse’s testimony regarding proper preparations and sterilization done to the surgical field prior to incision. The case settled for $75,000.000 dollars.

Injury: Herniated disc in lower back confirmed by MRI with no surgery

The Plaintiff while working rode the employee bus from the employee parking lot to a private building that he was assigned to work at. As he exited the bus, the bus driver did not pull up close enough to the curb and the plaintiff stepped off the bus into a pothole and fell injuring his back. The bus driver testified that he had driven that route hundreds of time that year before and admitted on cross examination that he knew the roadway in that area had pot holes in it. The Jury awarded the plaintiff $200,000.00 dollars, and a waiver of the workers’ compensation lien was obtained.

Represented Two of the Victims’ Surviving Families through The September 11, 2001 Victim Compensation Fund:

The decedent was a single man in his 20’s working for a financial Firm.  After the hearing, his surviving family was awarded over $1,100,000.00 dollars.

The decedent was a married woman in her early 50’s who had worked for the Port Authority of New York and New Jersey. After the hearing, her surviving spouse was awarded over $ 1,200,000.00 dollars.

The facts and circumstances of your case may be different and must be evaluated on its own merit. The case results on these pages represent the full award of the case before expenses and fees were deducted. 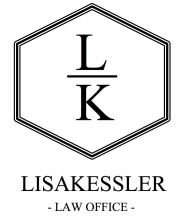